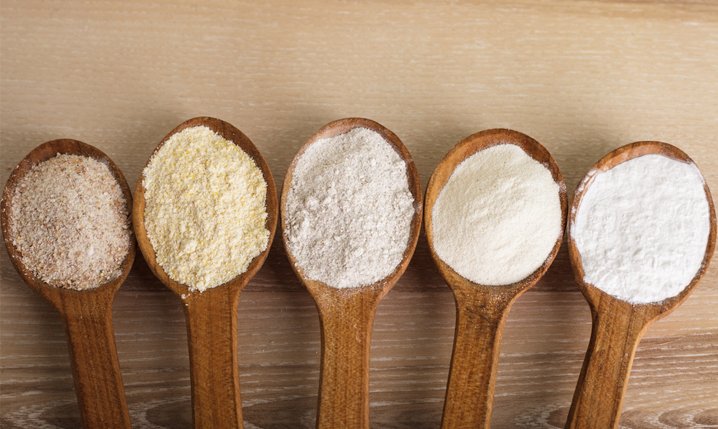 The movement to being healthier and having more vegan friendly and gluten free products added to our daily routine has become a trend, globally. People have started coming up with newer recipes and more raw materials that are helpful for the people with certain allergy. One of such product is the gluten friendly soy flour.

Soy offers a healthy dose of protein even and is one of the leading ingredients for the dose after dairy and meat products.

For a very long time, packaged foods, drinks, and supplements have featured soy protein as a key ingredient. Soybeans have been consumed by humans for around 5,000 years. Soy flours were the first soy ingredients, and in Americas in the 1940s, bread and other bakery goods were their main uses. Since then, use of soy flour in baking has steadily increased to a large extend — as a result of their excellent functional and nutritional qualities, especially after the Food and Drug Administration (F.D.A.) approved a health claim based on the link between soy protein consumption and a decreased risk of coronary heart diseases in 1999.

There are numerous claims and fads regarding this product that makes the trend for the ingredient more understandable.

The physicochemical characteristics of proteins and how they interact with other food components might be referred to as their functional qualities. These characteristics are crucial for processing, such as the enhanced machinability of cookie dough, in addition to determining the end product’s quality.

Additional advantages include better cake tenderness, texture, and crumb structure, accelerated crust color development, and prolonged shelf life. Moisture retention while baking is another advantage. In bread and rolls, soy also performs comparable to skim dry milk while costing around 50% less. Formulators should have thorough knowledge of soy preparation and processing techniques because these have an impact on the structure and functionality of the component proteins.

The four categories in which soy can be categorized as: direct soy ingredients, the traditional soy, second-generation soy foods, and foods where soy is a functional ingredient. Unprocessed) soybeans, soy flours (skim and full fat), isolates, soy concentrates, texturized vegetarian soy protein, and hydrolyzed soy protein are examples of soy. Soy is a useful ingredient in a variety of foods, including baked items that contain soy flour.

Fun Fact: Soy is not a new ingredient, in fact it is quite literary been consumed for around 5,000 years.

According to the claim, eating 25 grams of soy protein daily as part of regular diet may lower the risk of cardiovascular disease. According to the F.D.A. claim, consumers should consume at least 25 grams of soy protein day, divided into four portions of at least 6.25 g each. The desire for soy in the culinary sector, notably the baking business, has greatly expanded as a result.

As per the SoyFoods Association in the Northern America, there are 12 more countries that make the similar statement on Soy based protein. The countries ae Brazil, Japan, Korea, South Africa, India, Turkey, Canada, Malaysia, The Philippines, Indonesia, Colombia, and Chile.

The protein derived from soy is also said to help in maintaining a normal BMI, blood cholesterol and protection of lipids and the A proteins from oxidative damage. However, be mindful that in 2012, a scientific opinion from the European Food Safety Authority came into light. Which states that there is not a proper cause-and-effect relationship on these claims.

Now, several businesses make the claim that soy flour has 50% protein. Soy protein is a preferred option for bakers looking to produce high-protein goods as it is a complete protein, containing all essential nutrients at the necessary quantities. By substituting a portion of the flour in baked goods with soy flour, protein content can be raised.

Defatted soy grits and flour for use in bakeries. According to the manufacturer, soy flour’s functional benefits include higher water binding, which boosts yield and extends shelf life. In addition, soy flour may be used to enter the expanding vegan, vegetarian, and gluten-free markets.

What the future holds?

Soy flour seems to be looked upon with cautious optimism by the baking industry. Soy protein has also been suggested by Euromonitor International as a solution to the need for high-protein bread.

However, the survey claims that some consumers have turned away due to worries about GMOs and soy’s position as an allergy. Manufacturers may continue to promote high-protein products while avoiding soy thanks to sources like pea, rice, and potatoes.

Plant proteins are still in high demand. According to Ms. Donohue-Hansen, soy proteins are among the least expensive proteins on the market and offer a wide range of functionality and a complete nutritional profile. There are numerous varieties of soy components, each with a unique chemical make-up and set of useful qualities. The parameters of a final baked product should be thoroughly researched before choosing any soy component.

Further advancements in the functioning of ingredients and raw materials, together with cutting-edge technologies, will allow marketers to launch a range of new, more affordable, and healthier goods.

Our Client Care Managers Are On Call 24/7 To Answer Your Question.